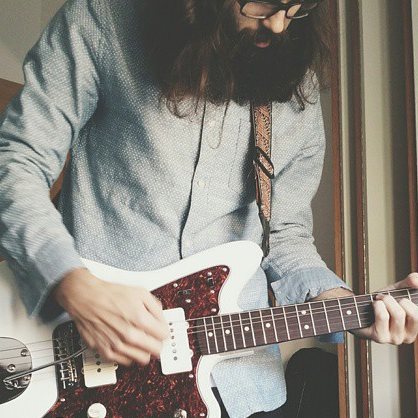 Make a conversational bot in Ruby on Rails from scratch.

Make a conversational bot in Ruby on Rails from scratch.

Hi everyone! For the first post on my Github's page I was wondering what could I do to make something fun and useful, so I ended with this idea: make a conversational bot in Ruby on Rails.

Since I begun to study about artificial intelligence some years ago, one of the most interesting fields of this computer science's area for me was the automated online assistants. The first approach I found that was kind of simple was AIML, or Artificial Intelligence Markup Language. Is a XML dialect that helps you to create natural language bots, developed between 1995 and 2002.

Because all the details about the AIML syntax and usage are properly documented on the Alicebot website, we're going to see the basis in order to be able to do our very simple first bot.

On this piece of code we have the Hello wold! of AIML (kind of):

For this example, the result of the interaction with our bot will be:

As you could see, matches with any XML dialect, having tags, elements and attributes.

So, let's see on detail the pieces we have on this example:

Both tag contents: HELLO MY BELOVED BOT! and Hello my friend! :)

Now that we have a first idea of what is AIML and his goal, for the purpose of this example we are going to see some basic tags (apart from which we had seen) which will help us to make our bot.

Is used to match wild card * character(s) in pattern tag.

where n indicates the position of * within the user input in pattern tag.

If user enters "A mango is a fruit." then bot will respond as "When a mango is not a fruit?".

Is a multipurpose tag. This tag enables AIML to define different targets for same template.

Having this aiml file defined:

If user enters "Do you know who Albert Einstein is?" then bot will respond with the template defined on the pattern WHO IS ALBERT EINSTEIN?: "Albert Einstein was a german physicist.".

Is as name suggests used to get random responses. This tag enables AIML to respond differently for same input. random tag is used along with li tags. li tags carries different responses that are to be delivered to user on random basis.

Now we are ready to do our first simple bot (AIML has more tags, but for the purpose of this post, with this three tags is enough). If you want to get deeper on this, check this tutorial (in fact, the examples shown here are picked directly from there).

Well, apart from the fun that implies learn new things, we could do a conversational bot of anything, so let's do one with your favorite comedian. In my case, this is the Spanish comedian Chiquito de la Calzada:

Chiquito de la Calzada in all his glory. Please don't fall hypnotized by the gif, I know is hard, but let's continue.

Well, we could make the robot using the irb console to interact with it (no user interface of any kind), but as we will make the bot in Ruby, why not make a simple Rails application and give a touch of fun?

We will use one of the gems that more I love when it comes to make an application in a matter of minutes: rails apps composer.

Basically is a gem through a fairly simple question/answer process helps you create a fully functional Rails application. We will have to follow these steps:

After answering the questions that the gem makes us, we will have our Rails application. In this case, as it is an application that will not have database or anything special, we try to specify the most basic options. In my case I chose that I would generate a Rails application example, based on bootstrap framework, with only the home and about views.

With a little CSS and some HTML we'll have a view like this (don't worry if I don't put the code in detail, at the end of the post you have a link to the repository where the final example is): 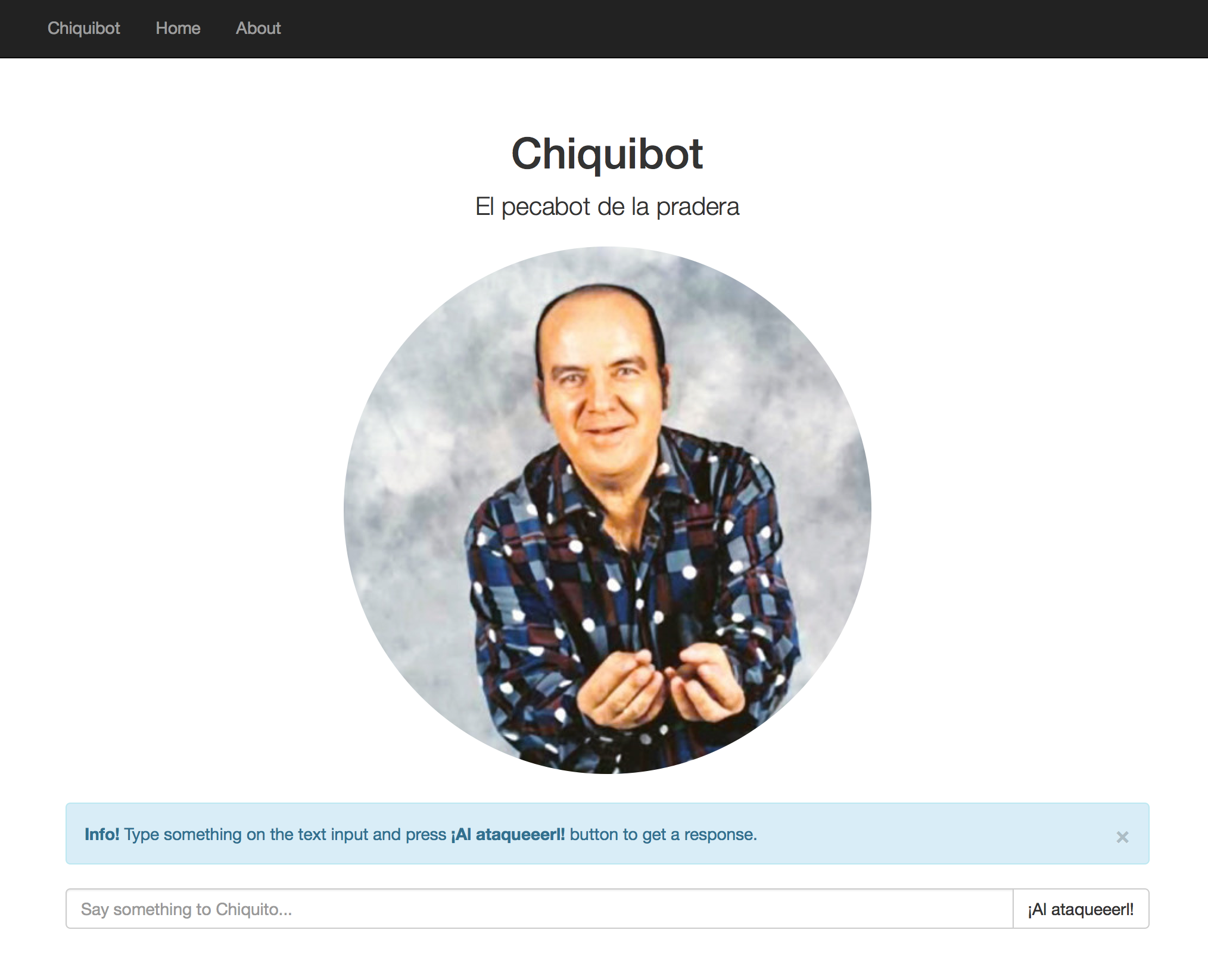 As you can see, is a very simple view: an image, an area where the bot will display the response, text input and a button to interact.

Programr, the gem that will help us to create the bot

Now we have our Rails application, let's move to manage files aiml we will generate for our bot. The aiml files alone do not result in the bot, but we need something the interpreter. In much of modern programming languages there an implementation to interpret these files (from Java to C, and of course, Ruby).

The Github user Bob Whitney has ported http://aiml-programr.rubyforge.org/ to a gem. That gem is Programr, a Ruby implementation of an interpreter for the Artificial Intelligence Markup Language.

We only have to add this gem into our Gemfile and run the bundle install command.

In the README's gem you have a simple example of usage, that I put here:

robot = ProgramR::Facade.new returns us an instance of ProgramR::Facade model. ARGV contains (or should contain if we pass the info properly), the aiml file or folder that contains the list of aiml files of our bot.

robot.learn(ARGV) parse the aiml files and keep in memory all the information for manage the bot conversation.

reaction = robot.get_reaction(s) sends to the bot an entry (s contains the user message), match the user message with any of the bot patterns, and returns a response as result. Very simple and easy to understand. Let's integrate Programr with our Rails app!

First of all, create a folder in lib directory with the name of your bot (in my case, chiquibot) and put there all your aiml files. Then create a new initializer to load all the information:

This will load the aiml files when the Rails server starts. The next step is create an action on ApplicationController we could call via Ajax to get the bot response. Simply add this code into the controller:

and then add the route on routes.rb file:

Ok! We're almost done! Now the only thing we have to do is code some JS in order to do the Ajax call to our action. Let's do it simple, adding this few lines of code into our application.js:

As you can see, on the click event hover the button with ID #al-ataquerl we do an ajax request to the url of our action, with the content of the input with ID #query as query. Finally on success, we update the div with ID #chiquito-response changing his html content with the one stored on data['response']. Simple as that!

Now if you send some message that matches with any of the patterns you have stored on your aiml files, you should see something like this: 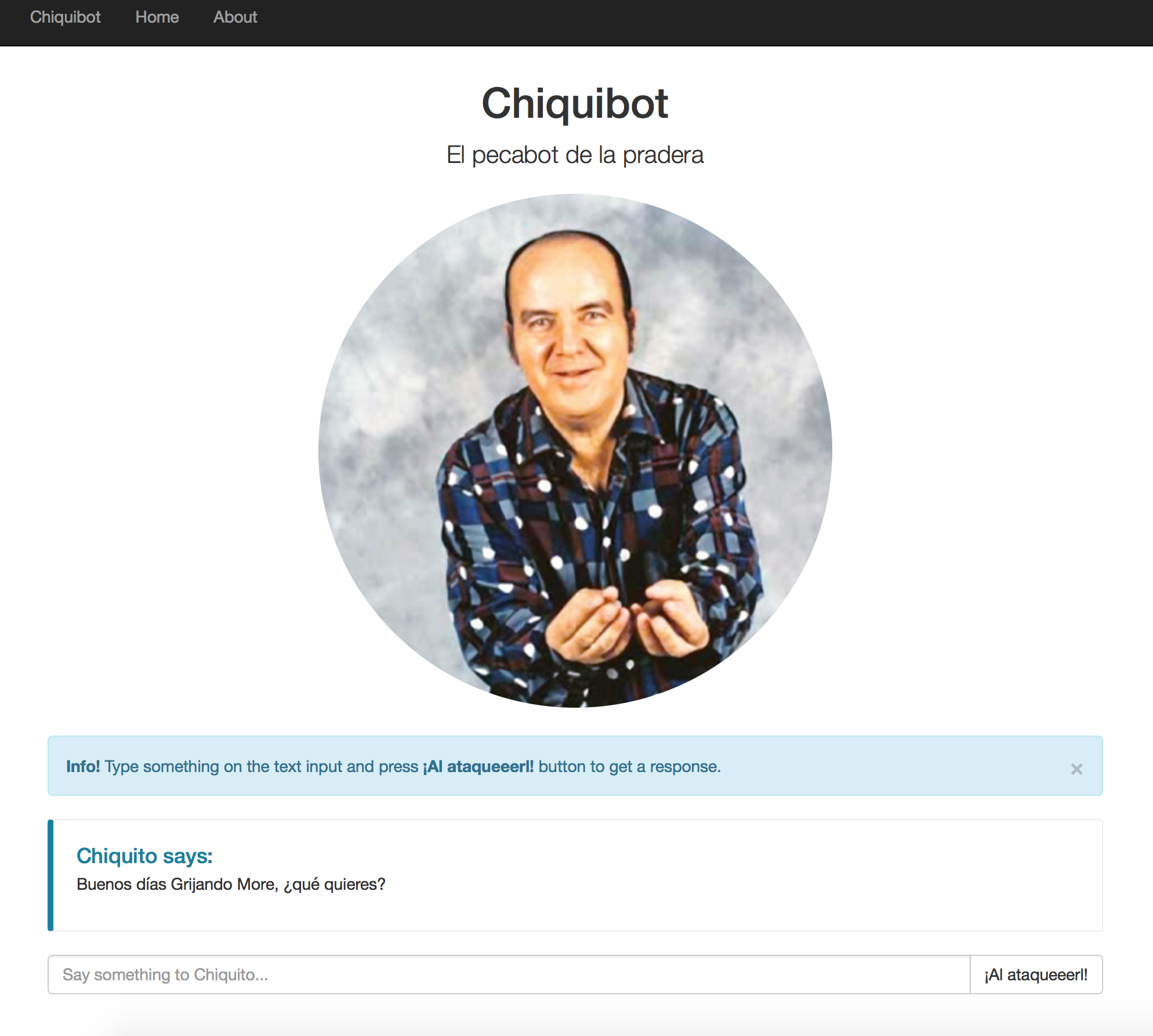 In my case, I have done a very very simple aiml file with a few sentences as an example, but I encourage you to do the smartest bot ever made! Here is my aiml file:

Any place where I can see the result?

Yeah! Here you have the Github repo for this example, so you can clone it, change it, play with it... whatever you want! :)

If you don't want to play with the example repo, here you have a working example mounted on Heroku.

I hope you like this post and helps you to do the first step to immerse you into AI. And please, keep in mind this precious words from Chiquito de la Calzada: